The list of Top 10 Spiritual books covers the methods of self-improvement material in the realm of psychology, philosophy, Zen, etc…

The Subtle Art of Not Giving a Fuck is one of the best modern spiritual books, about finding meaning in important things in life and only having those values that an individual can control.

9. How to win friends and influence people. How to stop worrying and start living

How to Win Friends and Influence People is a self-help book written by Dale Carnegie, published in 1936. Over 30 million copies have been sold worldwide, making it one of the best-selling books of all time. In 2011, it was number 19 on Time Magazine’s list of the 100 most influential books.

The Secret is a 2006 self-help book by Rhonda Byrne, based on the earlier film The Secret.

It is based on the belief of the law of attraction, which claims that thoughts can change a person’s life directly. The book has sold 30 million copies worldwide and has been translated into 50 languages.

The social media superstar and host of the #1 podcast On Purpose, Jay Shetty, distills the timeless wisdom he learned as a monk into practical steps anyone can take every day to live a less anxious life

6. Zen and the Art of Motorcycle Maintenance

Zen and the Art of Motorcycle Maintenance: An Inquiry into Values is a book by Robert M. Pirsig first published in 1974. It is a work of fictionalized autobiography, and is the first of Pirsig’s texts in which he explores his “Metaphysics of Quality”

The Mustard Seed is the best spiritual book of all time and it preserves twenty-one talks originally delivered in India by the Enlightened Master Bhagwan Shree Rajneesh, also known as Osho.

The Power of Now: A Guide to Spiritual Enlightenment is a book by Eckhart Tolle. The book is intended to be a guide for day-to-day living and stresses the importance of living in the present moment and transcending thoughts of the past or future

Tao: The Watercourse Way is a 1975 non-fiction book on Taoism and philosophy, and is Alan Watts’ last book. It was published posthumously in 1975 with the collaboration of Al Chung-Liang Huang, who also contributed a preface and afterword, and with additional calligraphy by Lee Chih-chang.

2. Death; An Inside Story: A book for all those who shall die

Death is taboo in most societies in the world. But what if we have got this completely wrong? What if death was not a catastrophe that it is made to be, but an essential aspect of life, rife with spiritual possibilities for transcendence? 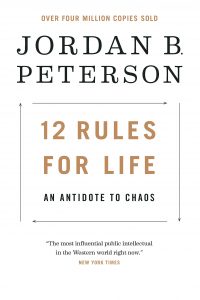 12 Rules for Life is an interesting book. Equal parts philosophy, psychology, and self-help book, it covers a broad range of topics, with Peterson drawing from life experiences, religion, and history to build a strong case for his points and provide what seems on its surface to be very good advice for people.
Facebook
Twitter
www.listofbestnet@gmail.com
Copyright © 2023 list0fBestNet